The evolution of EQMM

solving the mystery: What does Janet Hutchings buy & why?

Ellery Queen’s Mystery Magazine is over 80 years old and still tickling the imaginations of mystery lovers. Lauded as “The World’s Leading Mystery Magazine” it has featured stories by Ernest Hemingway, Alice Walker, Stephen King, and Charlaine Harris. Janet Hutchings has been the editor of Ellery Queen’s Mystery Magazine since 1991. My very first published story, “Three Calendars,” found a home in their November/December 2019 issue. I sat down with Janet to find out the nitty gritty of what makes it into her magazine and what advice she had for aspiring authors.

Listen to Three Calendars & the podcast of this interview. 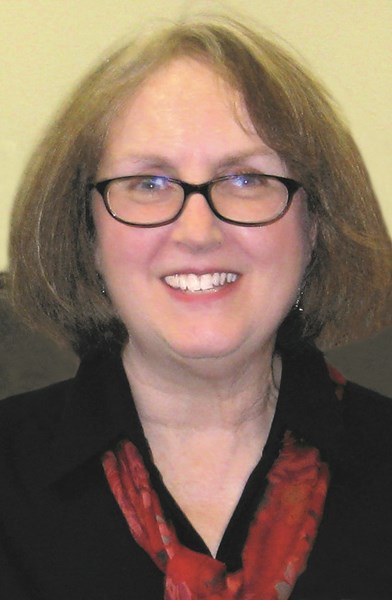 Spouse murder stories are probably the most common type of crime story.

AF: I’m sure you get a huge slush pile every month. Are certain kinds of stories overdone? What should writers avoid submitting to your magazine?

JH: There are certain subjects that we do see a lot of. Spouse murder stories are probably the most common type of crime story. And certainly I do get tired of it at times, but what’s more important than the subject of a story is how well it’s developed. Skilled writers can take virtually any subject and make it new. It could be made new with a different point of view, such as in your story, (Three Calendars was told from the point of view of a woman with dementia.) It could be the way the setting or atmosphere is employed. Or it could be a new plot twist, an unusual voice, or even something as simple as insightful narration. Those things are more important to me than what the story is actually about.

In every issue of EQMM, we want to have a wide range and balance of types of stories. For a number of years, we weren’t getting enough classical whodunits. If you have read EQMM for a long time, you may recognize the name Edward D. Hoch. He was his generation’s master of the short whodunit story. No other author has emerged either as prolific or as skilled in that particular genre, because it’s a hard thing to do to create a whole whodunit in short-story form. So, we don’t see enough of those. But there has been an uptick in that type of submission the past couple of years. 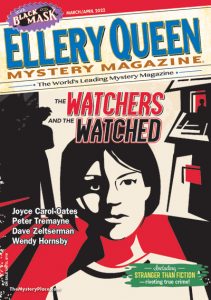 AF: What sort of story is the ideal short for EQMM, if you had a wish list, what would you like to see the most?

JH: We see such a range of types of stories that there isn’t one that I could say falls into that category. We are even seeing more classical whodunits. The main thing about EQMM is that we want to have a balance of a very wide variety of stories.

I would say that over the last 30 years we've become a little bit more hard-edged.

AF: As the editor for over 30 years, how has your magazine evolved?

JH: I would say that over the last 30 years we’ve become a little bit more hard-edged. But I don’t want to create a misunderstanding that EQMM’s content was on the cozy side of the genre previously. I’ve been reflecting on what our founding editor, Frederic Dannay, did with the magazine and he was trying to do something completely new. He was trying to bring together in one magazine everything from mainstream crime stories and hard-boiled fiction to classical whodunits.

Dannay mixed in stories that people of that time would not have even considered mysteries. He published stories by mainstream and famous literary authors, like William Faulkner, but there was no guarantee his idea was ever going to succeed. No one thought of the genre in such an all-inclusive way. His magazine was the first short story magazine to attempt this. There were magazines like Black Mask, perhaps the most famous of the pulps, and they focused on hard-edged fiction and action. Then you had the slicks (a magazine printed on high quality glossy paper), like the Saturday Evening Post. One of the slicks actually published most of Agatha Christie’s stories in the US for the first time. But that was only one story per issue, usually.

Dannay saw a need for a publication like EQMM that published short stories focusing on the wider genre. So, even though I want to say we’ve become more hard-edged over the last 30 of our 80 years, that doesn’t mean that we didn’t publish hardboiled stories before. We did, it’s just that the tone of them has gotten somewhat darker. I think that’s because the times have gotten darker maybe.

AF: Can you define for me what you mean by hard-edged?

JH: Well, first of all, there’s certain subject matter that we wouldn’t have touched before. Fred would never have published a story in which a child was killed. He also wouldn’t publish stories with violence that wasn’t completely off-stage. We’ve let more of that sort of thing in. We’ve also allowed a little bit more roughness in language and so forth. But mostly, it’s a question of tone. I think the stories we publish now can have darker themes than we would have touched before.

AF: I read an interview you did ten years ago where you said the majority of writers who submit to EQMM are male. Is that still true?

JH: Today? I think it might be even more true, and I have no idea why. I can only speculate that possibly more men are attracted to the short form of fiction.

Backstory also kills readers' interest, because what keeps people reading is what they don't know.

AF: Do you have any tips for nailing the opening of a story?

JH: I tend to think of the story as an organic whole, rather than focusing on the opening line. I personally have never attended a creative-writing course. But I’ve heard that many teachers of creative writing advise students that they need an attention-grabbing first sentence, or else the editor is going to put down their story. For me, what makes the opening line of a story good or bad is simply how it serves everything that follows. You can feel at the beginning of the story whether an author has control of the narrative. The beginning has to flow naturally into something else. It’s something the experienced reader can feel.

Whenever the subject comes up, I always think of Edgar Allan Poe. He wrote some wonderful essays about the short story. He talks about how a story needs to aim towards what he calls “unity of effect.” I think what he had in mind is how every sentence in the story has to aim towards creating the concluding impact on the reader. If you think of it that way, not only is every sentence important, but in a way, the ending is more critical than the first line. What’s the impact you want to leave with the reader? I tend to agree with that.

However, there is one mistake I often find with the beginnings of stories, though not necessarily the first line. It happens in the first few paragraphs of stories by new authors. People tend to think they need to provide backstory, as if we need to know the background of the character or the background to the situation. That’s rarely the case. You’d be surprised how little information you need to give a reader, because they’re going to fill a lot of it in themselves.

Backstory also kills readers’ interest, because what keeps people reading is what they don’t know. So, you don’t want to provide too much. If you have to provide backstory, then I would say try to work it in as a story goes on. Think of the story as a whole. What do you want at the end of it? What do you want to leave your reader with? And I think that should guide what you’re doing with the story.

Poe’s view was that writers need to know the ending of their story before starting it.  Not every successful writer works that way, of course. And his advice may not apply as well to novel writing, but the short story has a kind of circular structure to it. It’s a very unified whole. 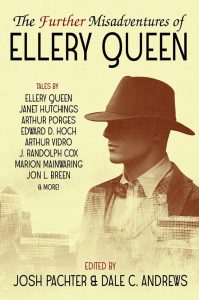 AF:  Do you write yourself?

JH: I’ve had a few short stories published, but not many. The one I enjoyed  writing the most, “Change of Scene” was accepted into a collection called The Further Misadventures of Ellery Queen by Wildside Press and edited by Josh Pachter.  It was a series of Ellery Queen pastiches, and I had a ball writing it.

AF:  What do you see for the future of Ellery Queen mystery magazine?

JH: The basic formula for EQMM has worked remarkably well for all these decades. And the basic formula is a very diverse range of content, which you don’t find anywhere in the field, I think, except EQMM and our sister pubication, Alfred Hitchcock’s Mystery Magazine.  We try to join that with a high literary standard, and it’s worked pretty well. I do want to mention that we have several departments that readers may not be aware of: one is the Passport to Crime Department, where we bring readers the translation of a crime story from somewhere around the world. You’ll find this in every issue; it’s become a regular feature since 2003. We’ve always been known for translation. In fact, EQMM was the first publication to feature Jorge Luis Borges, the famous Argentinian writer. In fact, our founding editor, Frederic Dannay, once said this was his great claim to fame. We decided to make this a tradition and put a translation in every issue starting in 2003.

We are always looking for good new stories in any language; we’d like to add new countries in the future. So, if there are any translators out there, please contact me through our website at https://www.elleryqueenmysterymagazine.com.

In the past, as a fiction magazine, we didn't go near true crime.

AF: What is your opinion on the increasing popularity of true crime?

JH: In the past, as a fiction magazine, we didn’t go near true crime. However, with the popularity of true crime we launched a new on-line column in 2018 called “Stranger than Fiction” written by Dean Jobb, a professor, journalist, and award-winning author from Nova Scotia. The feature was so popular, we added it into the print editions.

AF: It has been so wonderful to talk with you! One final question, who do you like to read the most?

JH: There are so many good authors, I never answer that question. I will tell you though, I normally listen to audio books. It helps me save my eyes for reading submissions. 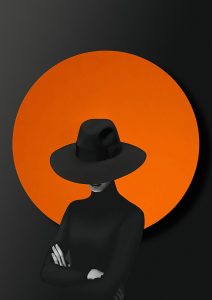