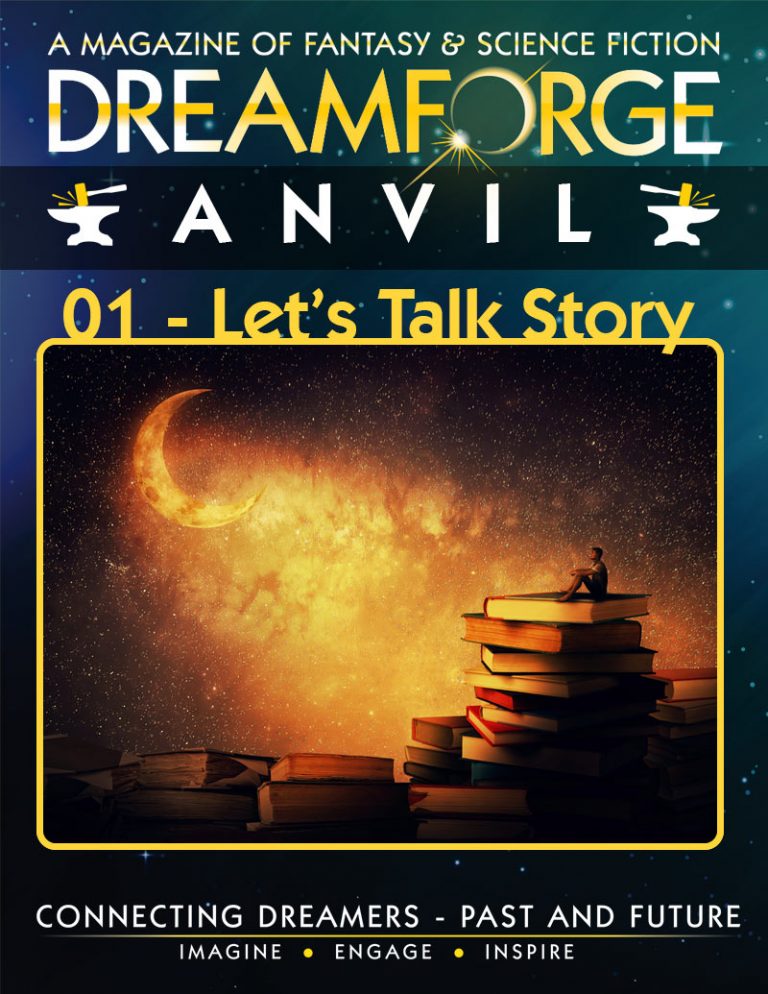 As a newer fiction writer, DreamForge has always been one of my favorite places to submit stories. If they think your story has possibilities, they offer FEEDBACK. This is the single most valuable thing we need to get better and eventually find publishing success. I was very fortunate to have my story “Invasive Species” picked up for the pilot issue of DreamForge Anvil.

Try it for free .

In "Invasive Species," Angelique presented us with an engagingly written tale constructed around some interesting ideas. I felt the original version could find a home eventually, if it just hit the right editor's desk at the right time.

the Story behind the story

How Invasive Species found a home in DreamForge Anvil

When I decided I wanted to try my hand at fiction writing, “Invasive Species” was my first kick at the can. The very first version was probably quite horrible, but I was convinced the story had legs. This was in 2017, and Toronto was dealing with unprecedented rainfall. I work at Corus Entertainment down by the lakeshore and EVERYTHING was flooding. The highway was under water in low parts. The Redpath Sugar Factory was using sandbags to protect the factory. People who lived on the Toronto Islands had to move and were travelling their footpaths by canoe.

Also at this time, our region’s ash trees were being ravished by an invasive species called the Emerald Ash Borer. My husband works handling these issues for our township, so I knew it was a serious problem. The idea for “Invasive Species” was born. I wrote a 3000 word piece and sent it off to The Magazine of Fantasy and Science Fiction.

C.C. Finlay rejected it, but sent me this note

Thank you for giving me a chance to read “Invasive Species.” I was interested in the premise, but overall the story didn’t quite grab me — in part, I thought it started in the wrong place or with the wrong event to give it strong narrative momentum — and I’m going to pass. I wish you best of luck finding the right market for it. I appreciate your interest in F&SF and hope that you’ll keep us in mind in the future.”

A year later, I gave the story an intensive rewrite, changed the title and resent it to F&SF Magazine.

Thank you for giving me a chance to read “A Flood of Bugs.” I don’t remember the earlier version, but this story didn’t quite grab me — I didn’t see what the stakes in the first couple scenes were for Cass and, particularly, Devon, and so the beginning didn’t have a lot of narrative momentum for me. I’m going to pass on this one for Fantasy & Science Fiction, but I wish you best of luck finding the right market for it and hope that you’ll keep us in mind in the future. Also, I’m very happy to see your enthusiasm, especially for revising stories — regardless of how this one turned out, that’s generally the way people become better writers and reach their first sales. Good luck.

Then I sent the story off to Abyss & Apex Magazine.

Thank you for submitting your story to ABYSS & APEX. It was well received here, but after some thought we have decided not to accept it for publication. I hope you’ll consider us again, and I wish you the best success in placing this story elsewhere.

I rewrote it again and sent it to Eerie River Publishing.

We really enjoyed the tale you wove, the flooding of the Toronto island brought be back to the news reports last year I think. However, we regret to advise you we will not be using it for our anthology. Although dark in nature, it didn’t quite hit the horror notes we were looking for. It was an interesting take on the call out, but just not for us.

No luck yet, but I wasn’t giving up. So I sent it on to The Reckoning.

“Thank you very much for submitting “Invasive Species” to Reckoning, but unfortunately it isn’t what we’re looking for right now. The concept, while clever, is somewhat overdone — we see a lot of aliens-as-invasives go by. Best of luck in placing this elsewhere.”

I rewrote it. Again. And found an open call at The Rabbit Hole.

“Many thanks for sending us your story for consideration in The Rabbit Hole. However, with 114 submissions in contention, I’m afraid we feel unable to include it.

It’s an interesting piece, with an intriguing concept at its core. Unfortunately, though, we felt that it would have needed a different treatment to make a stronger impact. Such judgments are subjective, of course, so you may find that others will differ, and I wish you all success in placing it elsewhere.

Wishing you all the best in your future writing, and if you have any questions, please don’t hesitate to get in touch.”

If a magazine actually offers commentary it usually means they liked your work. I was getting lots of comments but no contracts. Time for another rewrite, and off to Visions Magazine.

“We‘ve reviewed Invasive Species and unfortunately it hasn’t made the cut.

It’s a nice pitch that creates an interesting atmosphere, unfortunately the story doesn’t fit with the rest of the commissioned pieces. Overall, the delivery didn’t feel fully mastered and the narrative could have been snappier. It left me wanting something a bit more crafted to create a more long lasting impression.

We’re very thankful that you took the time to submit your story and hope you will consider us again.”

Along with these magazine, I also submitted it to Ron Hubbard’s Writers of the Future Contest.

It earned an “Honorable Mention”.

It was even accepted twice by other markets but I withdrew it before publication.

By now I had so many hours into this little tale, I wanted to make sure it found a good home. Someplace that was willing to pay for it and help me make it as engaging as possible.

It was sheer luck I found Scot Noel and DreamForge Anvil. I had sent several stories his way over the years, but none of them were picked up. (Even though I always appreciated the thoughtful rejection letters.)

By now I had managed to sell around 30 short stories to other markets and I wanted to create an anthology of my previously published works along with interviews and information about the people who bought them.

With a background in journalism, as soon as an editor would buy my story, I would interview them to help with promoting the publication.

They gave me some really good stuff.

It’s amazing how candid people will be with you if you just take the time to ask.

I was also including the rejections letters I amassed for each story. There were some great ones. (My personal favorite is the editor who told me “This story makes no sense.”)  I reached out for permission to the individual editors who wrote the notes.

Scot Noel not only gave me permission to use his helpful advice, but asked me to participate in the DreamForge Anvil project if I could send him a worthy story.

I sent him four stories that I couldn’t find a home for. He picked “Invasive Species”.

You can read more about that journey by clicking on the links above in this post.

If you found the journey of this story interesting you can also read about my other acceptances in The Story Behind the Stories. I’ve also created a Guide with my favorite places to submit, along with all the secrets and rejection notes from each market.

Thanks for joining me on this journey! 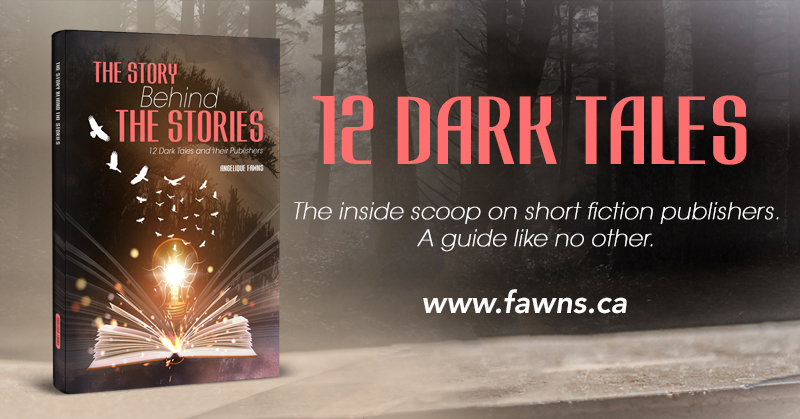 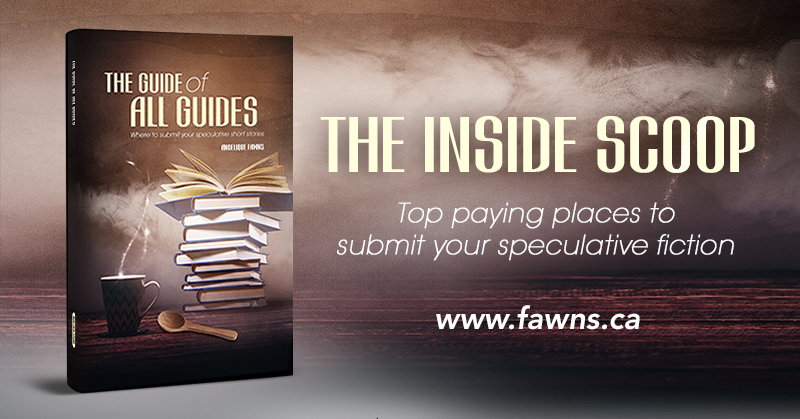